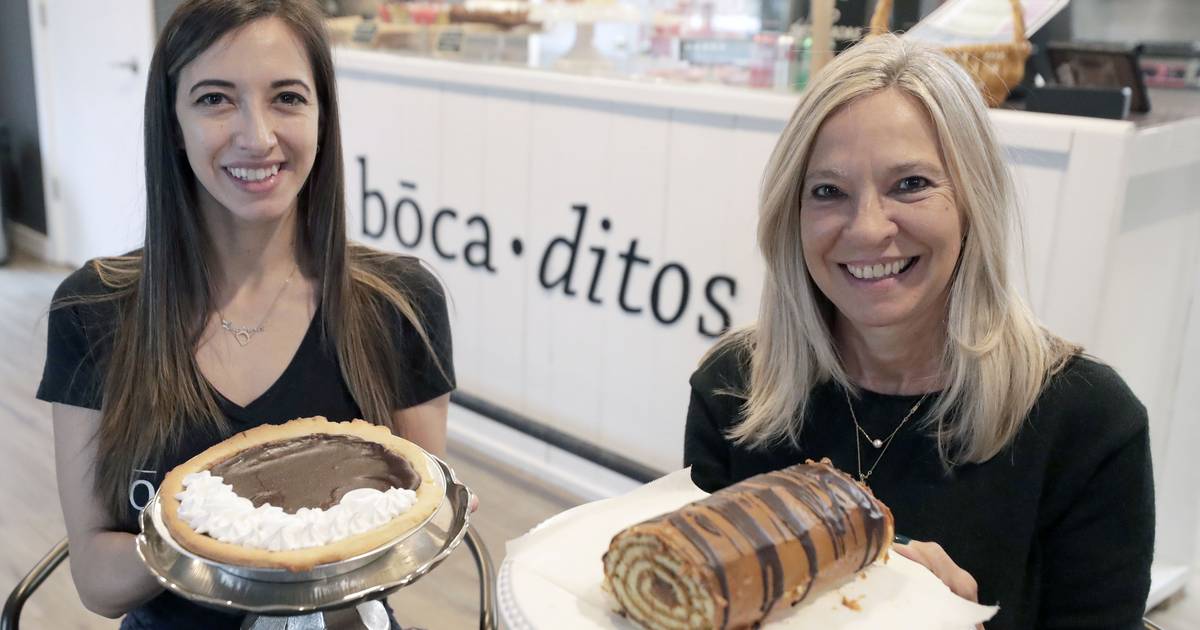 It may not be unique to the Tri-Cities area, but you can travel around the world here with your taste buds leading the way.

Many small- to mid-size cities likely have an array of restaurant choices that deliver cuisine considered “worldly.”

If that’s true, maybe we don’t need to travel across the country or world to enjoy the culinary delights of other regions or nations.

However, there is a significant learning curve in finding out what food from other countries tastes like and what makes it stand out for some.

I know Italian, Mexican, Chinese and Thai fare, but they represent the only ethnic food choices familiar to me.

Seeking a bit of education about food that isn’t always common to many Americans, my mission this week was to help others who are curious about certain food types they may never have tried. The following five items will touch on restaurants that provide a global view of your plate when trying different cuisines.

Fans of Argentine cuisine can thank researchers at Fermilab for the circumstances that eventually, though indirectly, brought Bocaditos restaurant to Batavia.

Owner Juliana Cancelo was born in Batavia in the late 1980s during a time in which her father was invited to work at Fermilab and brought the family here from Argentina. Then the family went back to Argentina for several years and then back to Batavia and Fermilab in 1996.

“They kept extending my dad’s contract so that two years turned into 25,” Cancelo said.

Eventually, it helped her use a skill with Argentine cuisine and bring it to Batavia. She has navigated Bocaditos through three moves within the city, the last of which resulted in the restaurant opening last November in the Newton House building at 11 N. Batavia Ave.

It means the influence of Spanish colonists and Italian immigrants in Argentina is available now for local diners, especially through empanadas, the food item most emblematic of that country.

“It’s a very big meat culture, and every culture has something wrapped in dough,” Cancelo said. “For an empanada, we have a circle-shaped piece of dough, and we fill it with the different fillings we offer, as we wanted to keep the cuisine as culturally traditional as possible.”

A big misconception is that Argentine food is very spicy, she said. “But that couldn’t be further from the truth,” Cancelo added. “The flavors are very much like oregano, garlic, parsley, salt, pepper and things you would find in Italian food.”

To “copy the flavor from home,” everything made at Bocaditos is made by hand, Cancelo noted. 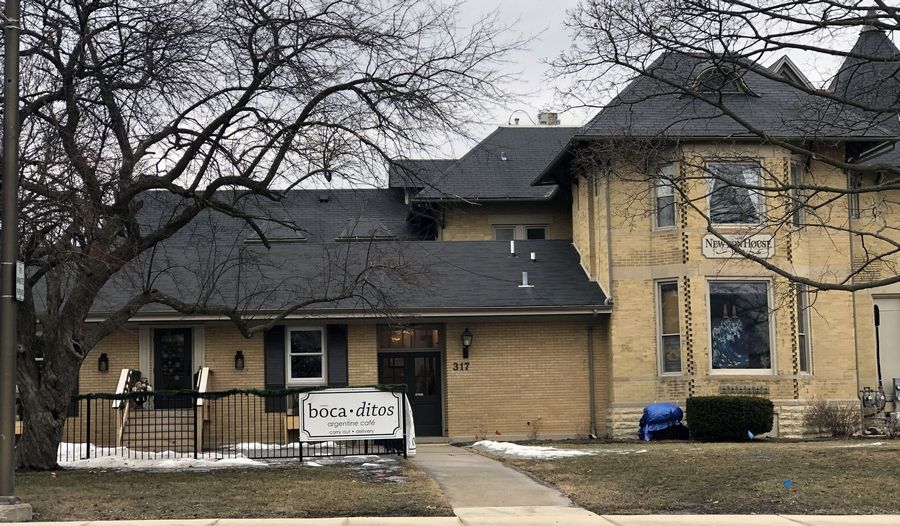 Cancelo knew residents would be unfamiliar with Argentina cuisine and that “our food comes with a lesson about what it is, what we do and why we do what we do,” she said.

“We have always said we open a heart and mind with an empanada and then go from there,” Cancelo added. “It takes a lot of courage to try something new, but there are many interesting conversations and discoveries that come from that.”

Off to the Mediterranean

And much of that means you’ll encounter different types of spices and an array of new flavors.

“We have a lot of fresh hummus here,” said event coordinator Sophia Salese. “The food is more flavorful in the sense that there are more spices, but not too spicy, as we incorporate a lot of lemons, olive oil, sumac, turmeric and others.”

Owner Omar Alfunsfi and his family are from Syria, and they brought many of their hummus recipes to the restaurant at 1 Illinois St. along the Fox River.

Hummus is a paste of pureed chickpeas mixed with various oils for those not familiar.

The restaurant offers regular and pepper hummus and a dip with red peppers, bread crumbs and pomegranate molasses.

The Mediterranean diet is considered a healthier cuisine in many ways. Salese said Eden seeks a “more modern Mediterranean” style with flatbreads, popular kebabs, and seared salmon and lamb.

“People often note that they see Greek items on our menu, but the dishes are made a little differently in each country, and our owner is from Syria, so it is kind of our take on certain dishes as well.” 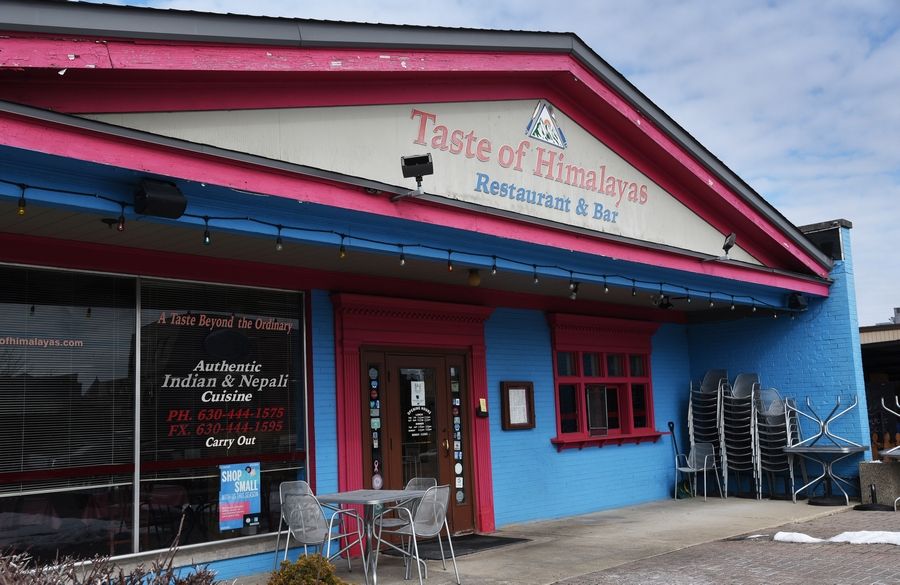 What does the food along the Himalayas mountain range between India and Tibet taste like?

Area residents have been getting a pretty good idea of how to answer that if they’ve tried Taste of the Himalayas restaurant in St. Charles for the past 14 years at 110 N. Third St.

“Basically, my food is from the north in Nepal,” said restaurant owner Jack Bhandari, meaning his menu leans a little more toward a mix between Chinese and Indian fare.

“The food in Nepal is different from India in that the condiments and the way of cooking and mixing spices is different,” Bhandari said.

It works for those trying those different spices on goat, chicken, lamb or shrimp, as well as vegetables from the Himalayas region.

“We don’t use beef or pork,” Bhandari noted, sticking with some of the meat-eating habits of that region. As with any restaurant offering cuisine from faraway lands, some who walk in the door aren’t exactly sure what it is they’ll be ordering.

“Many people who come in here will say they have no clue what to order and ask what we would recommend,” Bhandari noted.

“So, I will help them, and they end up enjoying it, and they go tell their friends,” he added. “And that’s how we’ve done it here the past 14 years.”

What the Dutch enjoy

Mix up some recipes and cooking styles from Germany and Switzerland, and somewhere in between there, you get the Pennsylvania Dutch cuisine that Inglenook Pantry has dished out to area residents for more than 50 years.

“People often use the term ‘homestyle’ or ‘homemade” or ‘comfort food’ — and you could use those terms to describe our food,” said Mark Weaver, owner of Inglenook Pantry, which now operates as a catering business out of 415 Stevens St. in Geneva.

“But what it is mostly is a German-Swiss cooking style from our late dad, who grew up in Pennsylvania,” Weaver added. “We still use those same techniques and recipes in cooking today.”

Having eaten the creations of Weaver and his brother John and sister Rebecca many times over the years, the word that comes to mind is this food is a bit “heavier.”

“It is richer food,” Weaver acknowledged. “We use more cream and eggs and such.”

Japan and its sushi

I tried calling several Japanese restaurants in the area to get some input from owners about what makes their cuisine different from Chinese food, but I couldn’t pin one down before the deadline.

It was partly my fault, putting off my calls until Monday — and forgetting it was Valentine’s Day. Most I connected with said they were too busy to talk, so that was good to hear.

But don’t forget to try Japanese food in your travels around the area. I know that the Japanese tend to make sushi and rice stand out as a main dish, specializing in soups.

Another interesting note I came across is the Japanese tend to serve each portion of a meal on its own dish, as they don’t particularly like mixing flavors by getting food items too close to each other.

These folks would have cringed during meals if they saw a fellow who lived in my dorm years ago in college. He took everything on his plate, mixed it up and ate it — for just about every meal.