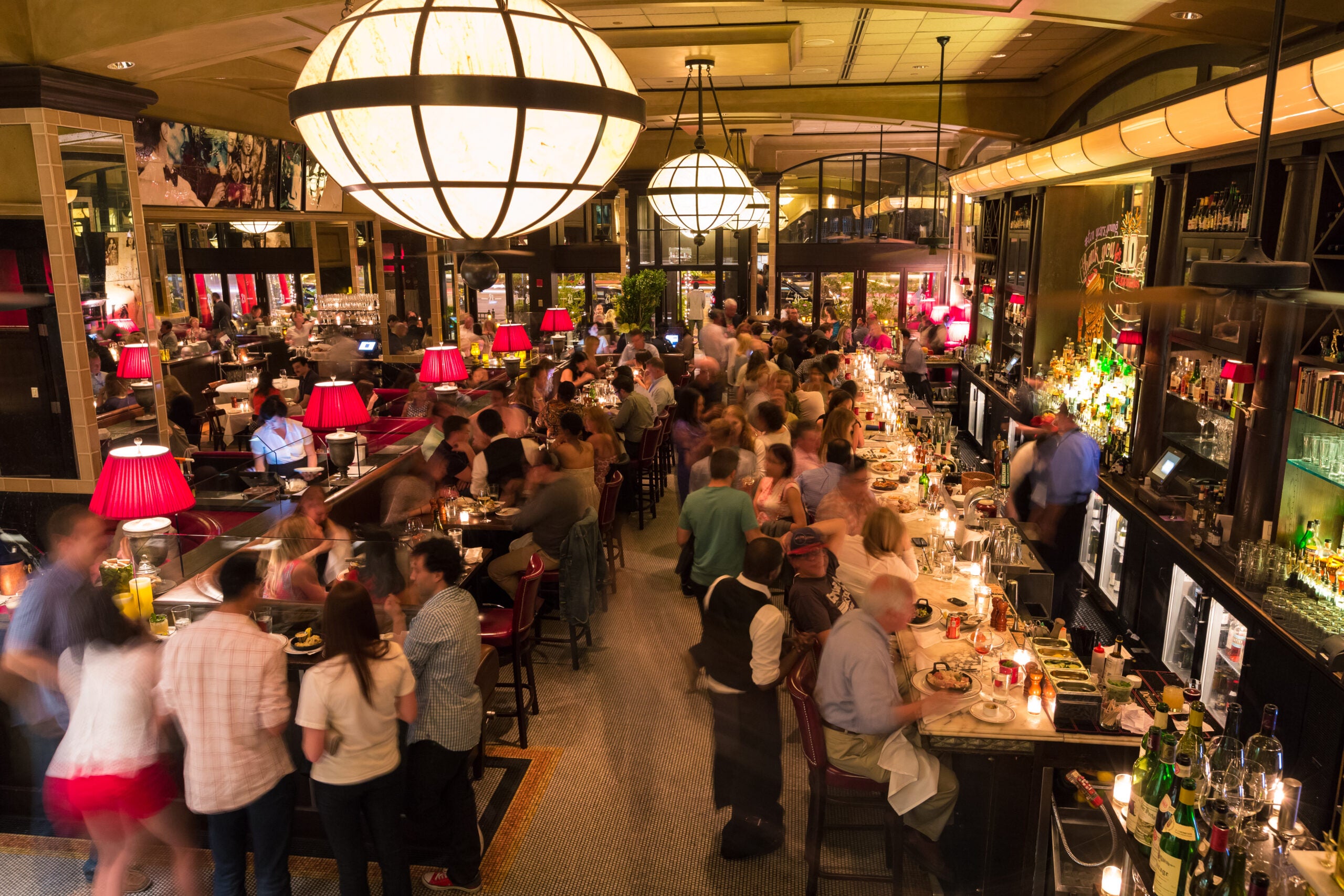 There’s no other way to say it: The Boston restaurant scene experienced some truly gut-wrenching losses in 2021, as the far-reaching effects of the COVID-19 pandemic continued to force restaurants to close their doors for good.

Nationally renowned restaurants shuttered alongside longtime watering holes, and some neighborhoods, like Harvard Square, continued to see rapid closings shape their culinary landscape. Turnover was frequent, too — as soon as some restaurants announced that their run had come to an end, other concepts revealed they would be taking over the newly vacant space.

As 2021 wraps up, we’re taking a look at some of the closures that stood out over the past 12 months — though every restaurant closure made an impact on the local industry. Want to share your thoughts on the 2021 closings that hit you the hardest? Fill out our survey at the end of the story, or send an e-mail to [email protected].

The loss of Eastern Standard, Island Creek Oyster Bar, and The Hawthorne shocked everyone — even AOC.

One of 2021’s biggest closing announcements was that of Eastern Standard, Island Creek Oyster Bar, and The Hawthorne, a trio which served as pillars of the Kenmore Square dining scene. They also were a launchpad for talented chefs and bartenders who opened their own projects around the city. In February, it was revealed that Island Creek Oyster Bar and Eastern Standard’s liquor licenses would be transferred to real estate group UrbanMeritage, which owns the retail properties below the Hotel Commonwealth.

The closing struck a chord with Eastern Standard regulars and fans, many of whom — including U.S. Rep. Alexandria Ocasio-Cortez — shared their memories of the institution.

“​​No! Please don’t be so — Eastern Standard was such an incredible place and home to so many wonderful memories,” she wrote in a Twitter post.

In May, UrbanMeritage announced that the New York-based Blue Ribbon Restaurant Group would be taking over Eastern Standard, Island Creek Oyster Bar, and The Hawthorne with three new concepts. Its first restaurant will be a neighborhood sushi bar.

Harvard Square continued to see a wave of change.

Though Harvard Square welcomed an influx of newcomers this year — Bar Enza, Las Palmas, and Menya Jiro, to name a few — it also saw a slew of closings, one that followed 2020’s loss of Parsnip, Legal Sea Foods, Cafe Pomplona, and more. One of its most prominent closures? Border Cafe.

Damaged by a two-alarm fire in 2019, Border Cafe had temporarily shuttered with the promise that it would reopen. That promise never materialized, and in February, ​​Denise Jillson, executive director of the Harvard Square Business Association, confirmed that it was closed for good.

“They have permanently closed,” Jillson told Boston.com. “They’ve been closed for a while [due to] the pandemic and, before that, the fire. [The pandemic] was just the final nail in the coffin.”

The Tex-Mex restaurant was many things to many people: a reliable first-date pick, a family tradition, an after-work spot for margaritas with friends. Local restaurateurs had memories of Border Cafe, too. Bessie King, manager at Villa Mexico Cafe, shared her connection to the institution with The Boston Globe.

“My post college BF lived nearby, we *always* went there, even though my mom owned a real Mexican food restaurant,” King wrote. “He loved the jerk chicken, I (secretly) loved the guac and warm chips. We had Valentine’s there, post-Thanksgiving margs, pre-breakups. It was everyone’s living room.”

Benedetto, an Italian restaurant at The Charles Hotel, announced it was closing in April — a surprise even to the owners.

“We are writing with some unexpected news,” co-owners Mike Pagliarini and Pam Ralston shared in an Instagram post. “Benedetto received word late last week from the corporate ownership group at the Charles Hotel that our lease is being terminated. Benedetto will not reopen.”

Bar Enza, an Italian restaurant from chef Mark Ladner, took over the space in October.

Spicies, the 22-year-old Thai restaurant, shuttered in the summer; Boston Ramen Co. will take its place. And after keeping students caffeinated for more than 10 years, the Harvard Square Starbucks closed suddenly in November. The space will be replaced by The Harvard Shop in 2022.

We said goodbye to neighborhood restaurants.

While the Eastern Standard served as a special occasion restaurant for many, the frequent losses of neighborhood staples were felt elsewhere.

Jose’s Mexican Restaurant opened in Cambridge in the mid-80s, serving a comforting array of burritos, enchiladas, and tamales to its steadfast community. In August, its landlord decided to sell the building, and owner Carlos Mendez was outbid by a developer.

“This is an institution, but we’ve got to move on,” Mendez told Boston.com a few weeks before closing his restaurant.

Over the summer, The Gallows revealed that it was closing, ending an 11-year run serving South Enders comforts like a Scotch egg and the ultra-decadent Stoner’s Delight.

“Thanks to all of you for supporting the whole team over the past 11 years,” owner Rebecca Roth Gullo wrote on Facebook. “The Gallows will always be my first baby + I will forever be grateful. May its memory be a blessing.”

Other pockets of the city lost fried chicken stalwarts and pizza slice go-tos this year, as Italian Express Pizzeria in East Boston, BISq and Highland Fried in Cambridge’s Inman Square, and Haymarket Pizza all closed. Bars and pubs where friends used to gather for post-work drinks or weekend games shuttered, too. After a year of will-they-or-won’t-they re-open, Irish pubs The Asgard and The Kinsale announced in October that they were, in fact, permanently closed. So did local brewpub chain BeerWorks.

“Sad to say but we’ve brewed and served our last beers,” read a statement on the company’s website. “We’ve decided to pack it in due to the pandemic and all that.”

Some restaurants and bars gave us a warning so that we could sneak in one more visit: Aussie pie shop KO Catering & Pies teased its closing for a whole year, while Cohasset’s Mr. Dooley’s Olde Irish Village Pub announced a month before its St. Patrick’s Day closure that the holiday would be its final day. On Dec. 3, East Cambridge’s beloved Loyal Nine said it would close on Dec. 18.

“While the last 18 months have had their challenges, reflecting on our time in East Cambridge comes with sincere joy as we appreciate all that has been given to us,” the restaurant said in an Instagram post.

As restaurants closed, some were quickly flipped into new concepts.

Call it the circle of restaurant industry life: As soon as we said farewell to some of our favorite spots, new ones popped into place.

Chef Jason Bond closed Bondir, his cozy Cambridge restaurant, over the summer, making way for Lukas Dow and Kim Vo of Judy’s Bay to move in. The couple launched Judy’s Bay as a takeout-only concept before offering dine-in in early December, serving New England seafood with a Japanese and East Asian spin.

On Beacon Hill, the Red Hat, a centuries-old bar that first opened in 1907, shuttered in June. The outcry was tempered after industry veterans Keith Gleason and Jake Nicholson announced they would reopen the pub — albeit with a new name, Teddy’s, and an updated look. The bar is set to open this winter.

Abby Lane, Jason Santos’s Theater District hot spot, temporarily closed in 2020; the restaurant was initially planning to return in the fall of 2021. It didn’t. Instead, Santos has replaced it with Nash Bar & Stage, a Nashville-themed restaurant, bar, and live music venue which will host its grand opening in January, though private events and a New Year’s Eve party are being hosted this month.

And in a flip we didn’t see coming, Tiffani Faison closed her popular Southeast Asian restaurant Tiger Mama in October, with plans to open a new concept there next year. Faison hasn’t released many details about the upcoming Fenway project, but after a year of rough closures, it’s a breath of new life that we can’t wait to see.

Which 2021 restaurant closures hit you the hardest?

Sign up for The Dish and get the latest food and restaurant news in your inbox. 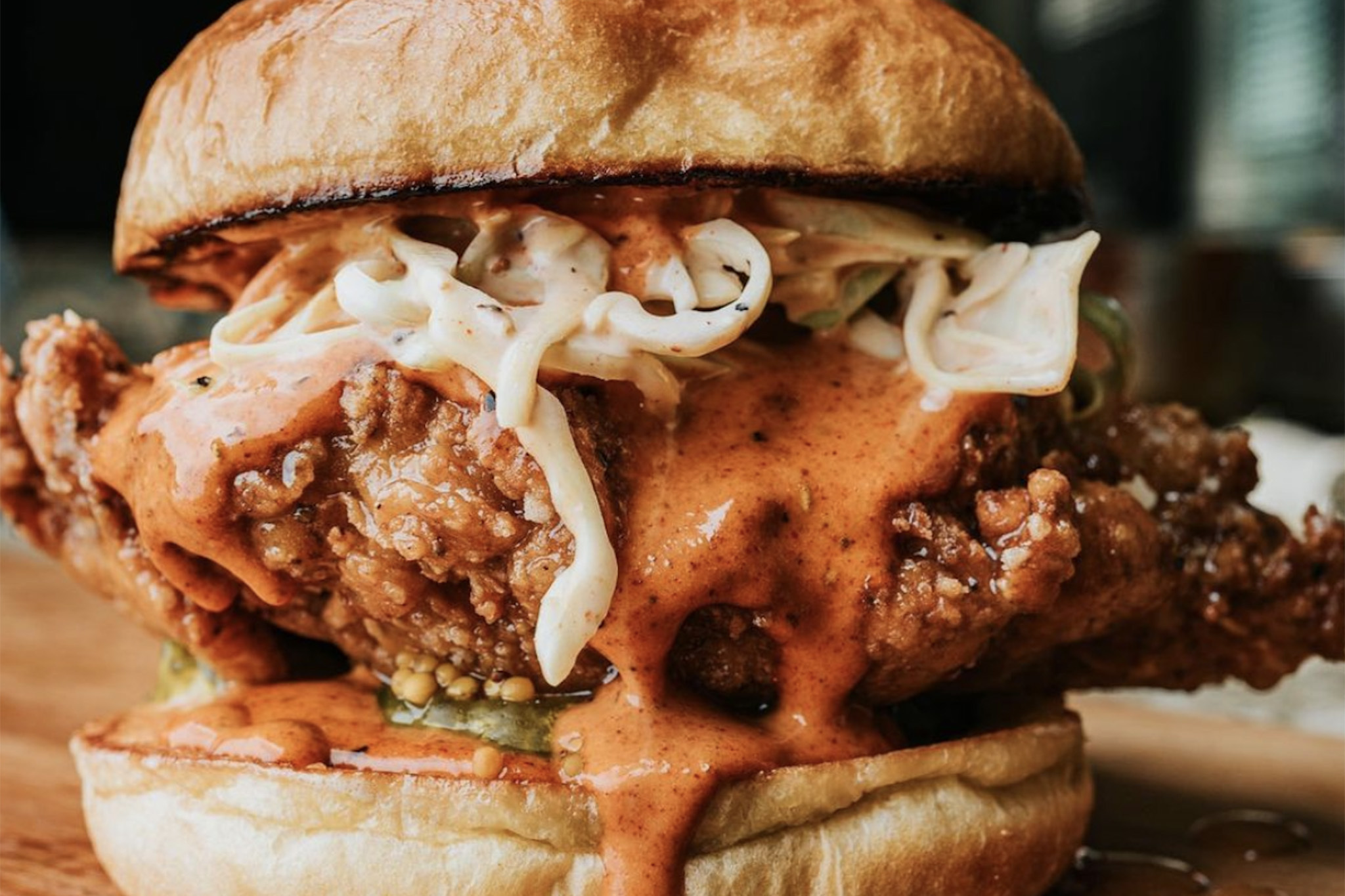 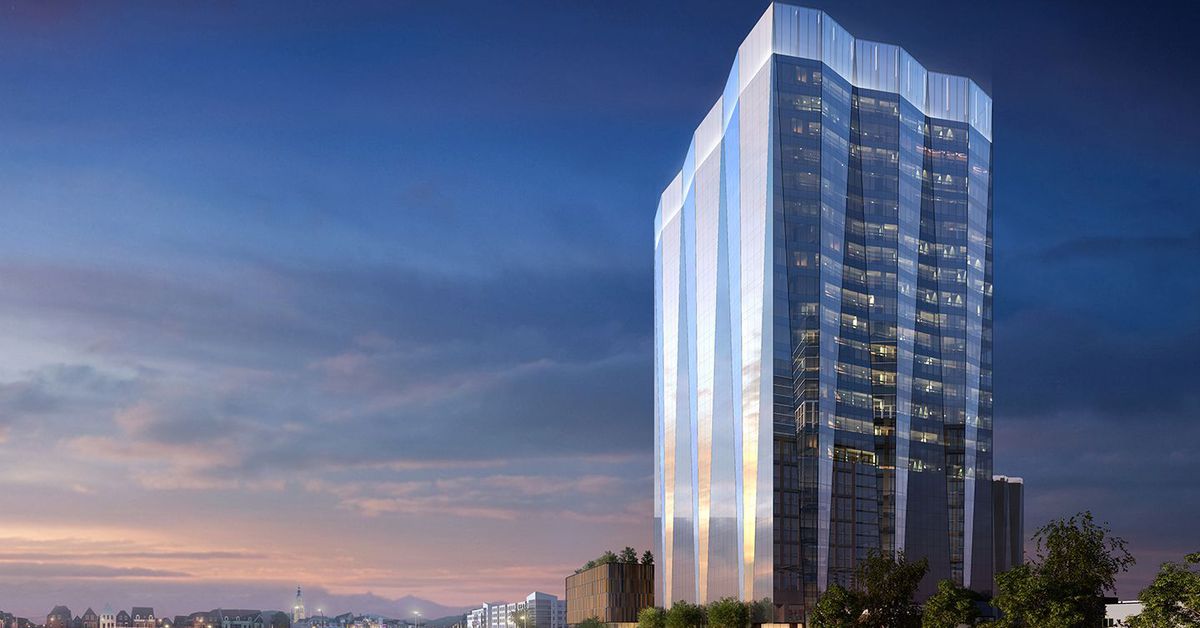 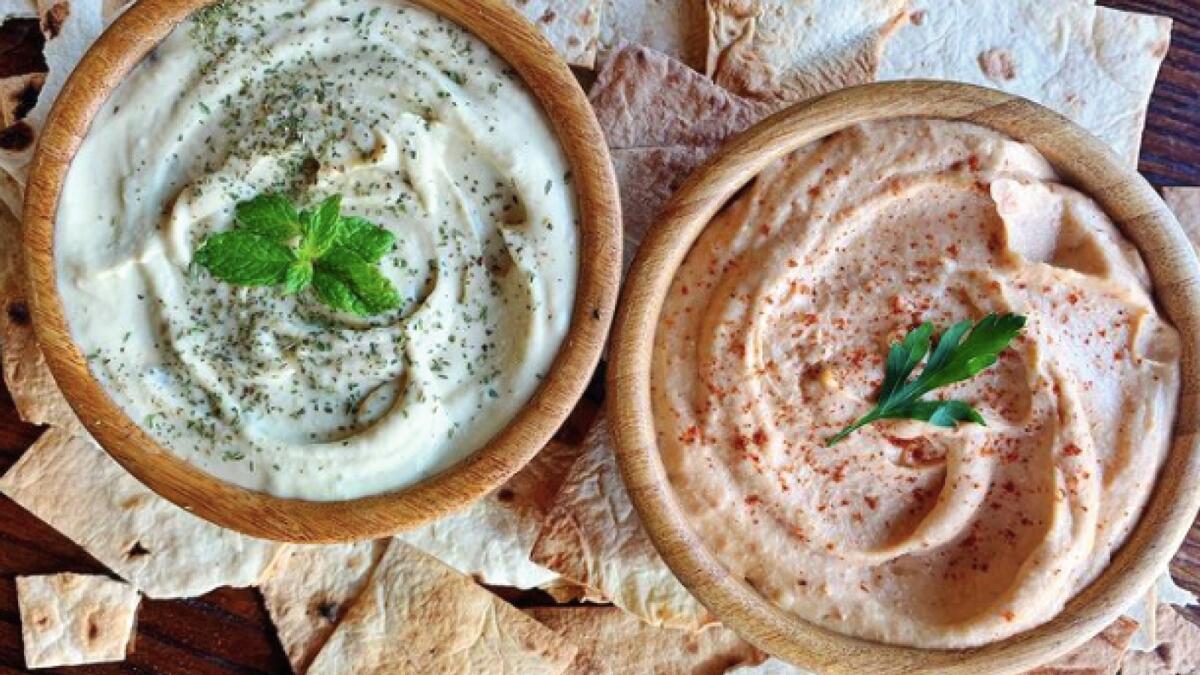 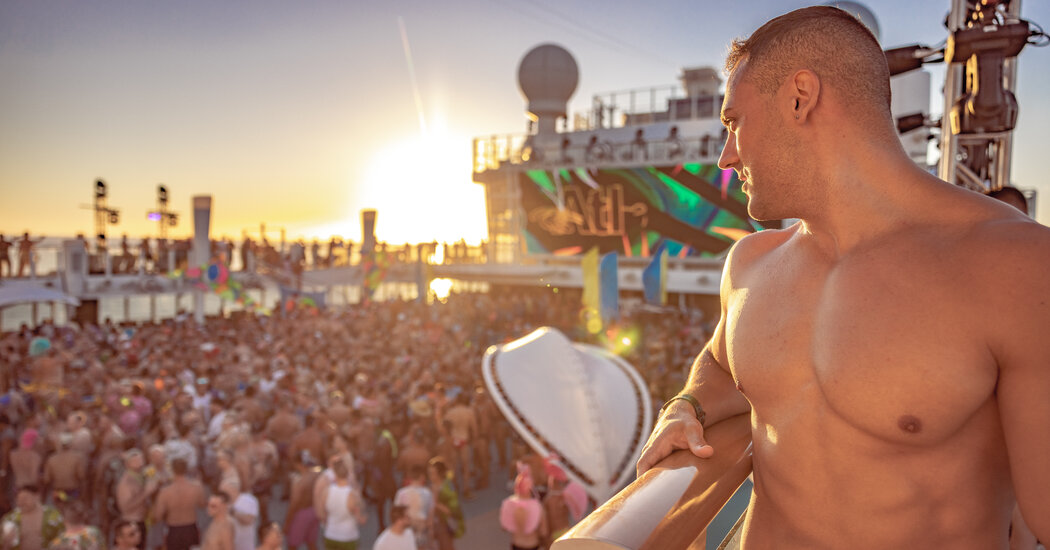