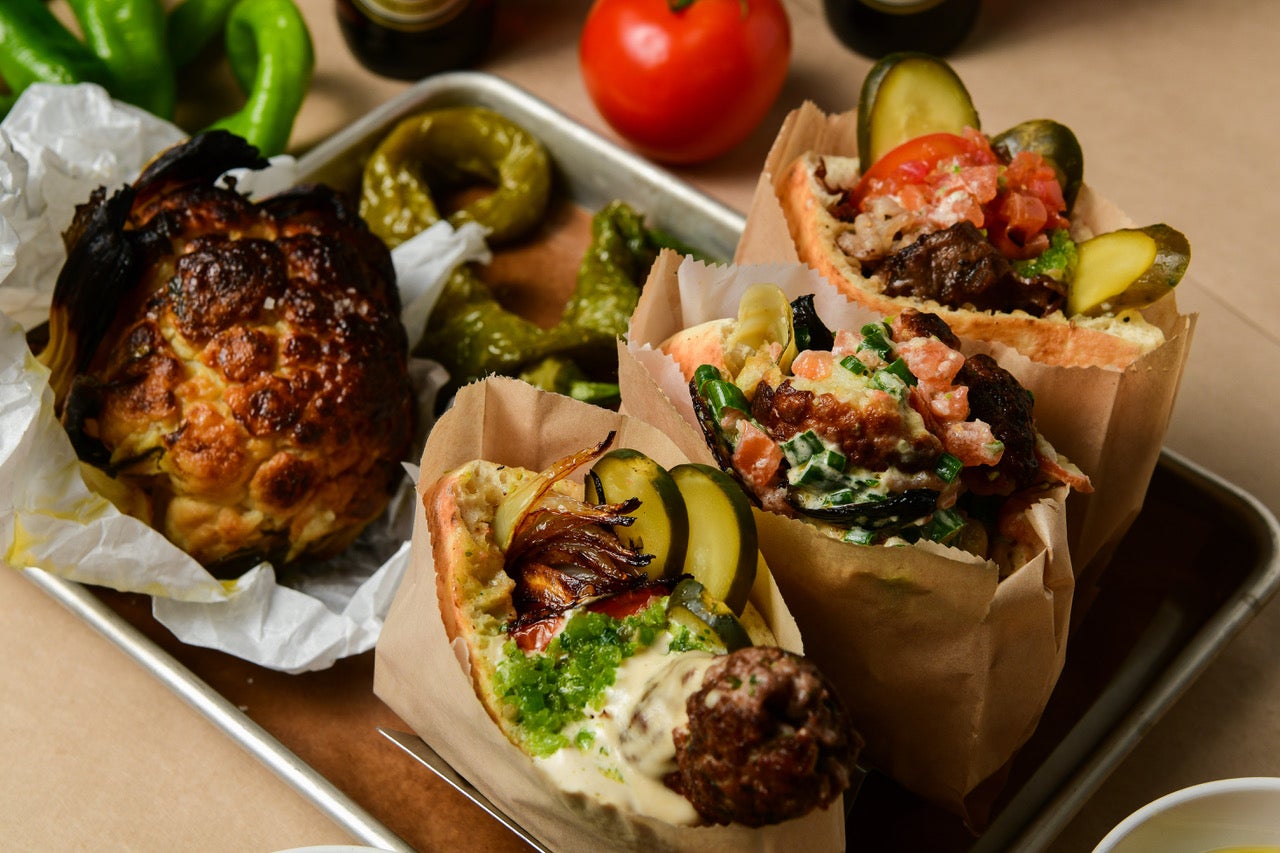 Miznon, which opened April 6 in the Seaport around the new The Rocks at Harbor Way and Sea Green Park, turns the good American sandwich — the cheeseburger — on its head.

Miznon is the fast-casual brand name of Israeli chef Eyal Shani’s rising international restaurant empire. The Seaport is home to the fourth Miznon place in the U.S., next a few New York Town branches.

The restaurant’s open-thought place is modern day, with massive chalkboards and recipes scrawled out road-model. Inside and out, there are about 57 seats, however some are benches — in Hebrew “miznon” means a canteen, a relaxed fall-in or get-out.

Divided into pitas and plates, and with a trio of desserts and only comfortable beverages, the limited menu sings with intriguing dishes, these types of as that cheeseburger, referred to as the Folded Cheese Burger, which is both bun-a lot less and introduced vertically. So, is it a cheeseburger or isn’t it a cheeseburger?

“It is a cheeseburger,” Ziv explained. “Just with a patty folded around the cheese, and it’s in a pita as a substitute of a bun. This is not a burger you take in with ketchup and mayo.”

What seriously stands out are luscious veggies, like batata — tender baked sweet potato — and a total roasted baby cauliflower flavored with tahini, tomato salsa, eco-friendly peppers, and scallions, which is served as a plate or as the lavan pita. Chef Shani initial located culinary inspiration from his grandfather, an agronomist and a focused vegan, who exposed a younger Shani to area markets, farms, and vineyards.

“Our cauliflower is our signature dish,” Ziv mentioned. “It’s an case in point of our philosophy that we give the very same respect to vegetables as other places to eat give to meat or fish. Becoming from Israel, which is a very hot spot, we take in a good deal of greens and fruit.”

Just one detail at Miznon that is not regular in Israeli cooking is the lack of dried spices.

“We never use spices at Miznon. We use salt, pepper, tahini, and olive oil,” Ziv said. “We have some dried za’atar leaves,” she pointed out — za’atar is a at the time wild thyme popular in Israel. “But that ties in with our greens and is not used like a spice. This is not typical to Israeli cooking. The thought is to not mask the flavor of the clean greens.”

Sign up for The Dish and get the most current food items and restaurant information in your inbox.