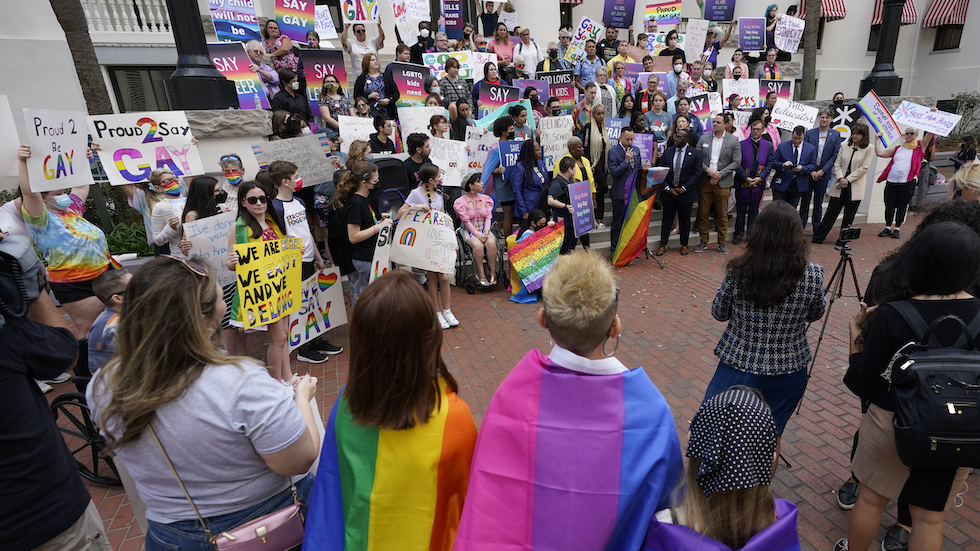 The Los Angeles County Board of Supervisors voted this week to ban official travel to the states of Florida and Texas over policies and legislation that target treatment for transgender youth and the teaching of LGBT issues in schools.

On Tuesday, the board unanimously approved a motion directing the chief executive officer to suspend all travel to the two states for county business until the policies are suspended or repealed, according to a video of the board’s meeting.

Hilda Solis, a board supervisor who sponsored the motion, said, “It was really frightening what’s happening across our country,” adding that members of her family are in the LGBT community.

“These young people [are] trying to live out their best in life, and we’re robbing them of it when we impose these kinds of mandates,” Solis said. “I’m just glad I’m not planning to go anytime soon to Texas or Florida.”

Specifically, the motion cites an order by Texas Gov. Greg Abbott (R) that directed the Department of Family and Protective Services to investigate the parents or guardians of transgender youth who have received gender-affirming care.

“The deeply harmful impacts that this order will bring about cannot be overstated,” the motion, authored by Solis and Sheila Kuehl, stated. “Such an order flies in the face of all that we know about best practices when it comes to supporting children and young adults to discover who they are and feel secure in their sense of self.”

Republicans argue that parents, not teachers in a classroom, should be discussing such topics with their young children.

According to Tuesday’s motion, Los Angeles County lawmakers countered both policies as “transphobia and homophobia” taking root in some conservative states across the country.

The county legislators said Florida’s law will “perpetuate a culture of bullying, secrecy, shame, and fear.”

Abbott’s directive is tied up in court after a Texas judge voted to block the state from carrying out the order. In Florida, LGBT groups are suing over the new law.

Other states are introducing increasingly restrictive laws targeting the LGBT community, including Alabama, which on Friday criminalized gender-affirming care for transgender and nonbinary youth.

Los Angeles County’s ban will apply until the suspension or repeal of the policies in Florida and Texas or until the county’s “Chief Executive Officer determines that the failure to authorize such travel would seriously harm the County’s interests.”