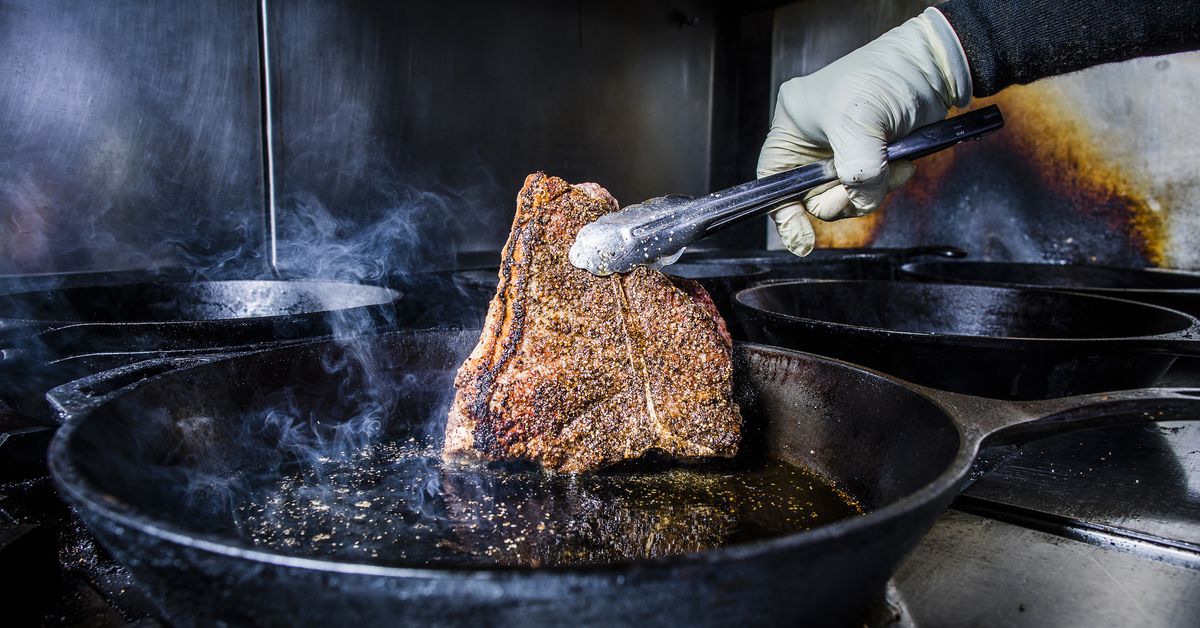 Spring is right around the corner, and in this new season, Houston is appropriately experiencing a revival of sorts. In early 2020, the COVID-19 pandemic hit the local food and hospitality industry hard, resulting in a flurry of restaurant and bar closings — both permanent and temporary — as many owners, chefs, and staff adjusted to restrictions, social distancing, and the overall new normal.

Now, as COVID-19 restrictions loosen, rates of infection remain low, and those within the industry get their bearings, more and more exciting restaurants and bars are popping up all over the city.

Since the beginning of the year, the Heights got its first steakhouse, James Beard Award-winners Aaron Franklin and Tyson Cole brought an Asian-infused Texas smokehouse Loro to Houston, Common Bond opened an on-the-go location in The Ion, and despite a recent partnership split, restauranteur Grant Cooper opened Mexican restaurant Flora in the Dunlavy’s former space. Underbelly Hospitality’s Chris Shepherd also opened Texas-themed restaurant Wild Oats and burger joint Underbelly Burger in the Farmers Market and has plans to open two additional restaurants, one of which is relocated from a different address.

That’s just the tip of the iceberg. More restaurants are on their way, and here’s a rundown of what to expect:

Chef Don Bowie will launch his second restaurant — a soulful steakhouse, Rare — along the Washington Corridor. The menu will emphasize the finest cuts of meat, along with fresh seafood, seasonal dishes, and salads and sides.

From the creators of Cafe Annie, the Grove, and Cafe Express comes this “adult treehouse” on the trail. Surrounded by green trees and picturesque views, this 4,000 square-foot, multi-level building is inspired by Houston’s bayou and natural elements, and features 5,000 square feet of patio-deck space, 40 TVs, and ample space for yard games and socializing over cocktails. At night, string lights will illuminate the space, and a rotation of food trucks will ensure guests never go hungry. Plus, there are arcade and board games to keep you busy.

Named after one of Houston’s first luxury hotels, the Warwick will serve up in-season raw and chargrilled oysters, fontina fondue, butter-poached lobster tails, vegan pasta, and lamb chops with a Mediterranean twist. It’ll also pay homage to Houston’s, the beloved chain restaurant’s location that was formerly in its place, with dishes like ”The Dip,” a riff off the now-closed restaurant’s beloved artichoke spread.

With locations in Memorial City and Sugar Land, State Fare Kitchen + Bar will expand its offerings with a third location in the Woodlands this spring. The restaurant uses its home state as inspiration for the menu, which features Southern favorites, like gumbo and double smoked-pork chops. With an expansive weekend brunch menu, the restaurant will also welcome customers to its patio and outdoor fire pits, where they might be able to hear live music from the nearby Hughes Landing.

Housed in Montrose Collective’s retail and restaurant hub, this Italian chophouse will offer an assortment of salads, hand-rolled pasta dishes, charcuterie, and prime steaks. Its lounge, which features a baby grand piano and a horseshoe-shaped cocktail bar, is bound to be a top attraction, featuring live music by a rotation of Houston’s best singers each night.

Austin siblings and restaurateurs Gabriela and Arturo Bucio will open the third outpost of their modern Mexican restaurant and cantina Gabriela’s in Midtown this spring. Just like its Austin predecessor, the Midtown location promises an array of flavorful tamarind margaritas, fire-red micheladas, mole enchiladas, choriqueso, and other Instagram-worthy eats.

Known for its crispy bone-in chicken wings, an assortment of boudin and gooey mac and cheese, Third Ward-area food truck STUFF’d Wings will get its first brick-and-mortar this spring adjacent to The Ion. The 2,400-square-foot space will debut new eats, like smoked stuffed chicken wings, milkshakes, and loaded fries, and will boast an outdoor patio on which to indulge.

Chris Shepherd’s award-winning steakhouse Georgia James will relocate to Regent Square. Priding itself on boutique producers, the restaurant will continue to source its cast-iron seared steaks from local ranchers, and will boast a wine list with around 500 selections and around 200 more cellared bottles — all with an emphasis on local or family-owned wineries. On the second floor, Georgia’s Parlor, named after Shepherd’s mother, will feature an indoor-outdoor space with fire pits, cozy couches, cocktails, and smaller bites.

This 4,500-square foot modern “wood-burning” steakhouse will welcome diners in for an experience within its main dining room, its spacious bar and lounge, or private dining room, with 75 more seats on its covered patio, which also features an outdoor bar and lounge. As Eater Houston previously reported, details on the menu are scarce beyond the general concept of cooking meats over live fire, but owner Michael Sambrooks said in a statement that the restaurant would combine “our skills in smoking and wood-fire grilling from the Pit Room and Candente with the chef-driven experience from 1751 Sea and Bar.”

Chef and owner Terrance Gallivan, formerly of the Pass and Provisions, will open a neighborhood pizzeria and Crudo bar at 2405 Genesse Street this Spring. The restaurant, which is named after Gallivan’s children, will serve our specialty pizzas, seasonal crudos, salads, snacks, and sandwiches in a vintage homey bungalow. Gallivan, who also served as a wine buyer, will also curate the wine list to compliment the food and tap beer located at its full bar.

diy for your healthy skin