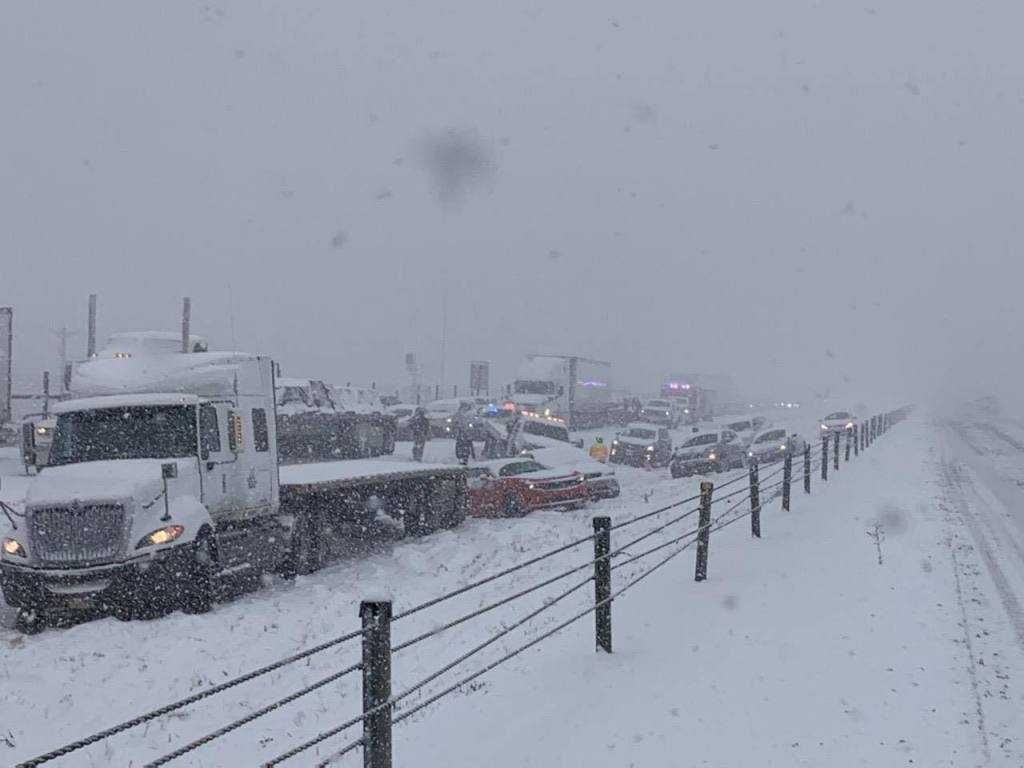 An picture of the aftermath of a crash involving 10 to 15 cars south of Colorado Springs, Colorado on Thursday. (Twitter/@ColoradoDOT)

The first crash was claimed around 1:30 p.m., community time, involving 10 to 15 cars on Northbound Interstate 25 around mile marker 127 in the vicinity of Fountain, Colorado, in accordance to KKTV. An oncoming semi-truck continued the pileup, creating further difficulties.

A two-mile stretch of Interstate 25 was shut involving Fountain and Pueblo, Colorado, though the closed-off space was later on extended to extend from northbound mile markers 104 to128.

“Colorado Springs experienced a superior burst of snow late in the morning about 10 to 10:30 a.m. and lasted for a pair of several hours. Visibility dropped as very low as 1/8 mile at the airport,” AccuWeather Meteorologist Danielle Knittle claimed.

At the time of the crash, hefty snow was observed all-around Fountain and relocating south. Snow has been impacting much of Colorado all over the working day on Thursday.

At all-around 3:00 p.m., neighborhood time, the interstate was reopened to website traffic, but congestion remained as cars driving the pileup commenced to transfer.

Congestion on interstate 25 adhering to the pileup. (Colorado Division of Transportation)

Just immediately after 3:30 p.m., local time, Interstate 25 northbound was the moment again closed due to a crash involving Exit 119 and 122. That section of the interstate reopened about an hour afterwards.

The Colorado Office of Transportation proceeds to recommend drivers to generate at slower speeds.

For the latest weather news verify back on AccuWeather.com. Observe the AccuWeather Community on DIRECTV, Frontier, Spectrum, fuboTV, Philo, and Verizon Fios. AccuWeather Now is now available on your preferred streaming platform.