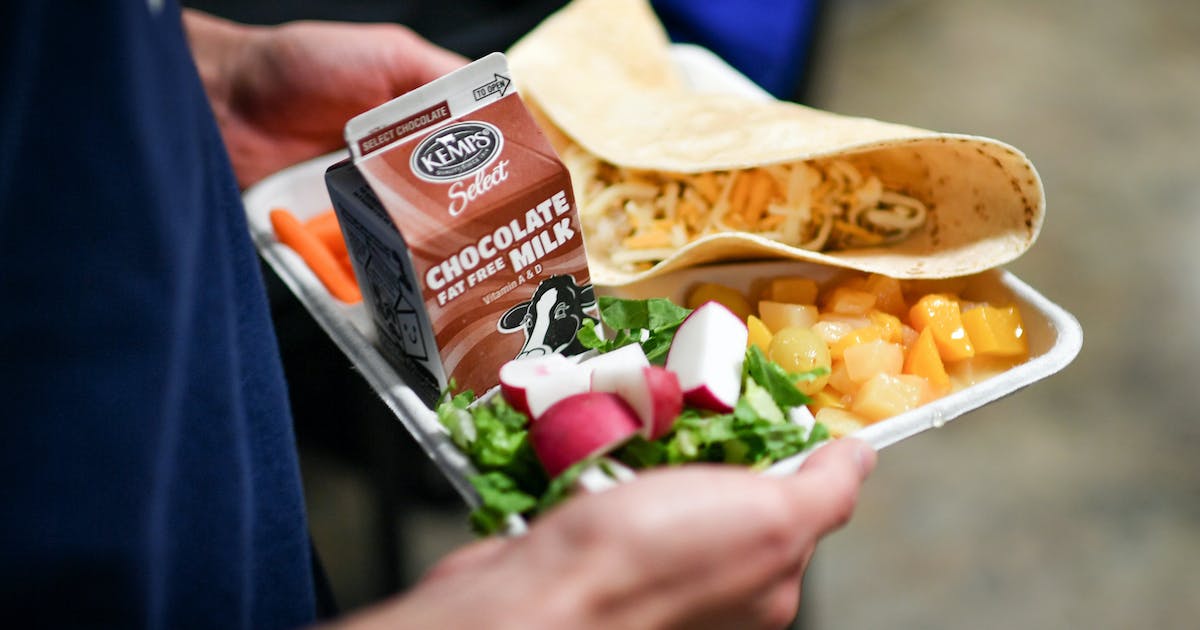 Several dozen school districts in northwestern Minnesota are scrambling to acquire food to feed students after their provider unexpectedly terminated its contract due to supply chain and labor shortage issues.

Fifty-seven school districts that get their food through Lakes Country Service Cooperative were affected when food distributor Cash-Wa ended its contract with the cooperative earlier this month. The provider gave notice of the cancellation in September, saying it could no longer fulfill the districts’ needs. The disruption has created a logistical headache for school districts, many of which were already struggling to source certain ingredients and staff their cafeterias.

“It’s kind of every district for itself right now,” Crookston Public Schools Superintendent Jeremy Olson said. “It’s week to week whether or not we’re going to be able to get food.”

The Crookston district is currently bouncing from one temporary provider to another, trying to get food “wherever we can,” Olson said.

Minnesota schools and their students are yet another group feeling the effects of labor and material shortages that are causing supply chain disruptions in numerous industries.

The Minnesota Department of Education is working to help the districts, entering into an emergency contract with a trucking company to transport some U.S. Department of Agriculture commodity foods — such as meats, produce, cheese and rice — from a warehouse in the southeast metro city of Newport to several sites Up North.

“We are continuing to work with the cooperative on a long-term solution,” said state Education Department spokeswoman Ashleigh Norris. She noted the cooperative put out a bid for a new food provider but received no applications.

Some school districts have taken it upon themselves to find solutions.

Thief River Falls Public Schools initially struggled to find a new food provider that would deliver to its schools. But the district recently contracted with another company and has since “been just fine getting food to feed our kids,” Superintendent Donita Stepan said.

Perham-Dent Public Schools, about 70 miles east of Fargo, is using two temporary food providers, said Krystal Boyd, the district’s food service director. Neither provider currently has enough food or delivery drivers to meet the district’s needs on its own, however.

“It’s just been a headache for food service directors up here. Not only us but the cooks as well, because it throws a wrench into our daily menus,” Boyd said.

Condiments, whole-grain ingredients and breaded chicken, including nuggets and tenders, are hard to come by due to shortages, Boyd said.

Making matters worse, school staff are having to order unfamiliar food brands since more recognizable items are in short supply.

Minnesota Department of Education Assistant Commissioner Daron Korte said this disruption has exposed problems with how food is distributed to rural schools. Small regional food suppliers may not be as reliable during labor and material shortages, he said.

The Department of Education is pursuing a possible long-term fix. It has put out bids to build more warehouses that store USDA commodity foods so school districts across the state can access them when needed. Currently, the only warehouse storing the USDA commodities is the one in Newport.

“It would create more of a regional system where there would be three or four warehouses across the state that store the USDA foods,” Korte said. “Our role as the state is to try and expand that program, make it more accessible and available for districts.”